New York, NY – August 25, 2015. Stamford Uniform and Linen, a top-rated uniform rental and linen service operating in the greater New York Area, is issuing a clarification of the service areas for its popular New York City linen and uniform rental services. The company has rapidly expanded its offerings to meet the demand in New York City, but is focusing primarily on Manhattan and Brooklyn as two key boroughs because of their preponderance of restaurants. Businesses in other locations will be evaluated based on their proximity to truck 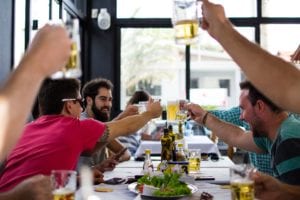 routes in and out of New York City from the Stamford, CT, plant operations.

“We dramatically expanded our linen services into New York City in the first quarter of 2015,” explained Paul McDonald, CEO of Stamford Uniform and Linen. “Because of our superior cost and customer service structure, we have been overwhelmed with inquiries from New York City businesses that want to abandon the large national chains with their poor service and high costs. However, we need to be selective on our relationships so as to preserve our quality. Hence, we are issuing this alert.”

The company is primarily soliciting business from restaurants, bars, gyms, or other heavy users of linens, towels, and employee uniforms. Locations in Brooklyn are preferred, as well as locations in Manhattan or locations in Queens that are on the established truck routes. As a business may not know if they qualify, they are encouraged to reach out to the company via the website or to call 203-504-3111 to determine eligibility. The company does provide a free quotation and contract analysis service to eligible businesses in NYC.

To learn more about the company’s services, readers are encouraged to visit the linen service page.

The reality in New York, New York, is that the economy is booming. Restaurants and bars are opening daily with the strong economic recovery, creating an immense demand for linen and uniform services. Many businesses prefer to outsource these activities to a specialized vendor. However, due to the high costs in New York City proper, they are often forced to work with big national chains with accordingly high costs and poor service. Because of customer inquiries, Stamford Uniform and Linen expanded service from its Stamford, Connecticut, base into New York City, focusing on Queens, Manhattan, and Brooklyn. The response to the initial “beta” test was impressive, and the company is growing its supply chain to better service all of New York City. However, a commitment to quality customer service means that the company is judicious in its expansion, and only select businesses will be considered at this time.

About Stamford Uniform and Linen

Stamford Uniform and Linen is a top-rated Stamford uniform rental and linen service. As opposed to a traditional uniform supply company, the company ‘rents’ uniforms or linens making it easier than ever for small businesses. Businesses looking for restaurant uniform service to automotive shop uniforms to the best New York or Connecticut linen supply service find the company second-to-none.