Did You Know That There Are No Linen Companies In New York?

Here is a little conundrum for you: how many linen companies are there in New York. If you answered about 20, think again. If you said 10 you are still wrong.
Three?

Nope!
There are precisely NO linen companies New York, NY, not even Cintas or Aramark!What’s more, at Stamford Uniform & Linen we are one of the New York linen companies that is not in New York – along with Aramark and Cintas.

Confused? Hardly surprising, but the fact is that while New York is known for many things, such as Broadway shows and skyscrapers, no sane linen company in its’ right mind would ever have a 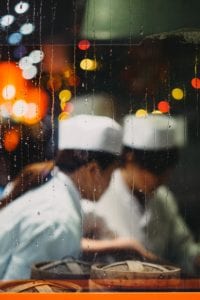 base in New York and pay the unbelievable rents that are demanded in this great city.

As you might guess from our name, we are based in Stamford CT, and as with the other linen companies New York, NY, we SERVICE New York. In fact, we service everywhere within a 50 mile radius of Stamford, so wherever you are in New York we have you covered. But if we were based in New York we would have to charge at least half as much again as we do in order to make a living.

So what does this mean to you? Nothing at all really. As long as you get your linen delivered on time every time, why should you care how it gets to you or where we are based, just so long as it gets to you? We could be just down the street, or we could be in San Francisco. It’s OUR problem how we get to you.

What you want is the best and most reliable service at the best price, and that’s what we provide at Stamford Uniform & Linen.

And no, we are not the biggest of the linen companies New York, NY, either. That doesn’t matter. What does size matter? In fact, we have been told many times over that the “big boys” have a somewhat “couldn’t care less” attitude, just because they are big. If they lose a few customers every month, does it matter to them? No, it doesn’t.

At Stamford Uniform & Linen we DO care, because if we even lost ONE customer it would make a difference to us. So we make sure that you receive service which is nothing short of impeccable, and also a service that runs in the background as it should. You don’t want to have to worry about your linen delivery: it should just “happen”. And that’s what you get with Stamford Uniform & Linen.