Are you a New Yorker if you live in NYC or just in New York?

New York is known as the Empire State, and there are a lot of songs about “being in a New York state of mind” so to speak. Then there’s Frank Sinatra with “New York, New York” from the 1977 film by Martin Scorsese “New York, New York”. Now did Sinatra mean New York City for the first one and then New York State for the second, so NYC is IN New York? Which it is. Or was he just repeating himself? 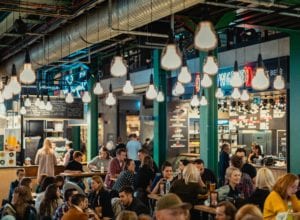 But regardless of whether you live in New York City or New York State, at Stamford Uniform and Linen we are the #1 linen service company for New York – and that means ALL of it. Here’s the other bit: we are not in New York at all! We’re in Stamford CT! However, we are IN New York every day delivering clean linen to our many customers there.

Why? Because the rents in New York are sky high (you should know!) and if we were actually based there, we couldn’t offer you the prices that we can when we are out in Stamford. We’d have to charge much more. So as long as we deliver your linens and uniforms back to you all clean and ready to go, on time every time – which we do – why should you care whether we are in Stamford or just around the corner? It really doesn’t matter, just so long as you get the best New York linen company.

As a business owner, you want your employees to look sharp. Let’s face it, your business and profits depend upon it. You can depend upon us to deliver when promised so that you don’t have to worry about your uniforms and linen. You have plenty of other things to worry about, so your uniforms and linens just have to “happen”. We completely understand that because we are a small business too – small enough to care, but we can handle any volume of work. We have things to worry about, too, such as the delivery of our soaps and all the other things we need in order to be profitable, so we understand the importance of it happening in the background. We may be in the background, but we’re here for you when you need us.